In the first part, we present some complexity reduction methods for gas pipelines. This methods are necessary for the automated merging of pipelines from different data sources, which is demonstrated in the second part.

To efficently construct networks from (OSM) pipelines, the reduction of information is critical.
This reduction can be achieved by linearizing the pipelines with the following two rules: 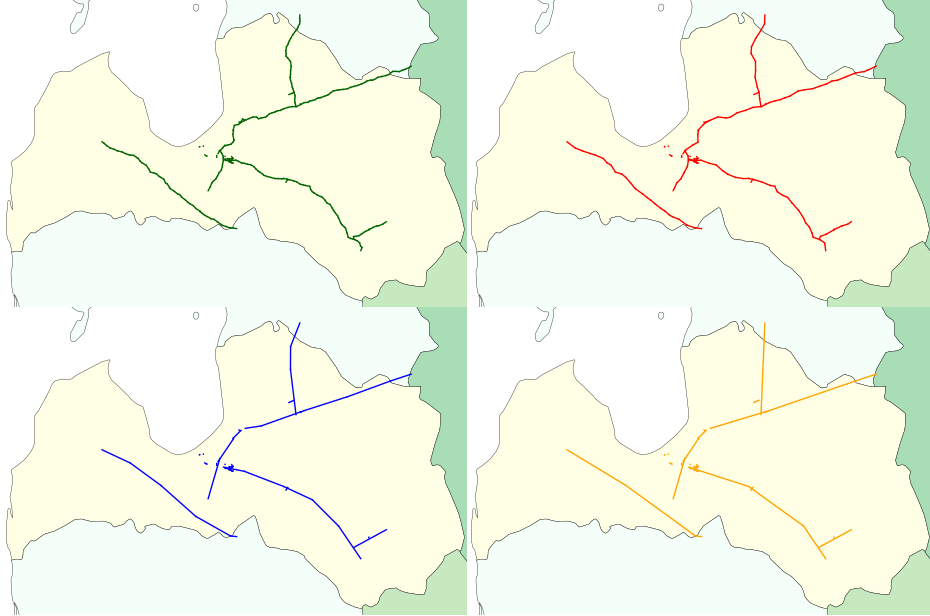 A further way to reduce dense data is to ignore all pipesegments under a certain length treshold. 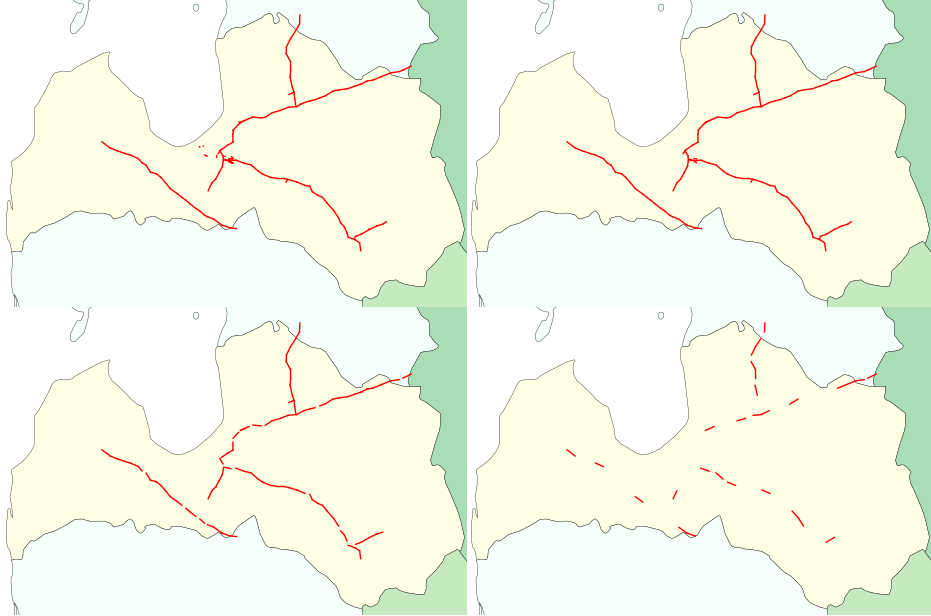 In this example the only existing (blue) pipeline within the INET data source is segmentized to segments of 50 km. The OSM data (orange) is used in the configuration from Sample 1d). 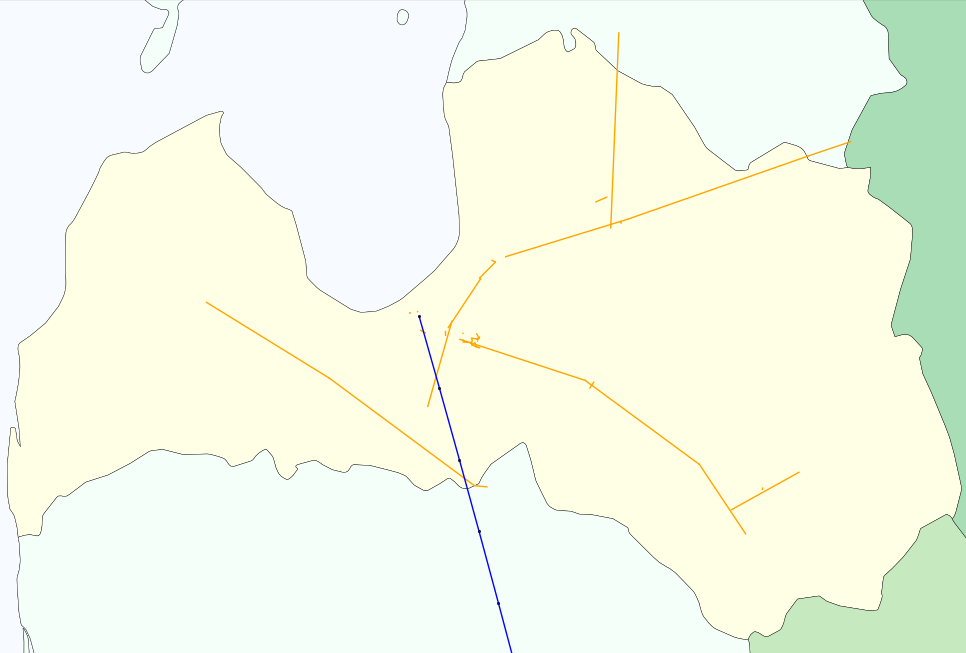 The merging routine will execute the following rules:
1) Every OSM pipeline segment endpoint (son) is merged into its nearest neighbor node (father), if their mutual distance is lower than the user defined max_merge_radius.
2) The father node inherits all existing connections from the son node.
3) The max_merge_radius is set to slightly less than 50 km 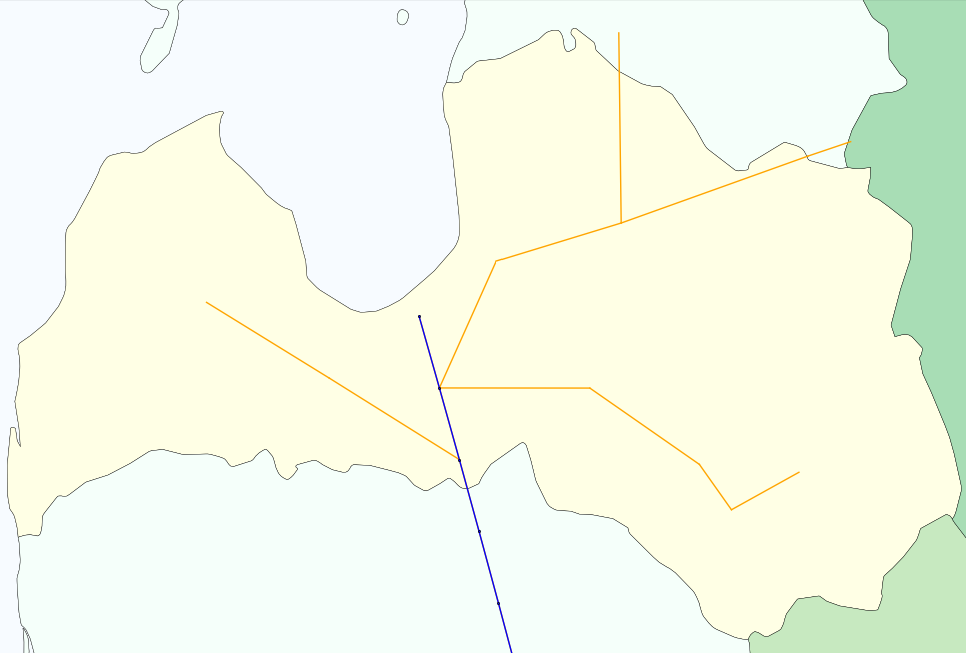 In this example the only existing (blue) pipeline within the INET data source is segmentized to segments of 50 km, as in the example above. The OSM data (red) is used in the configuration from Sample 2c). 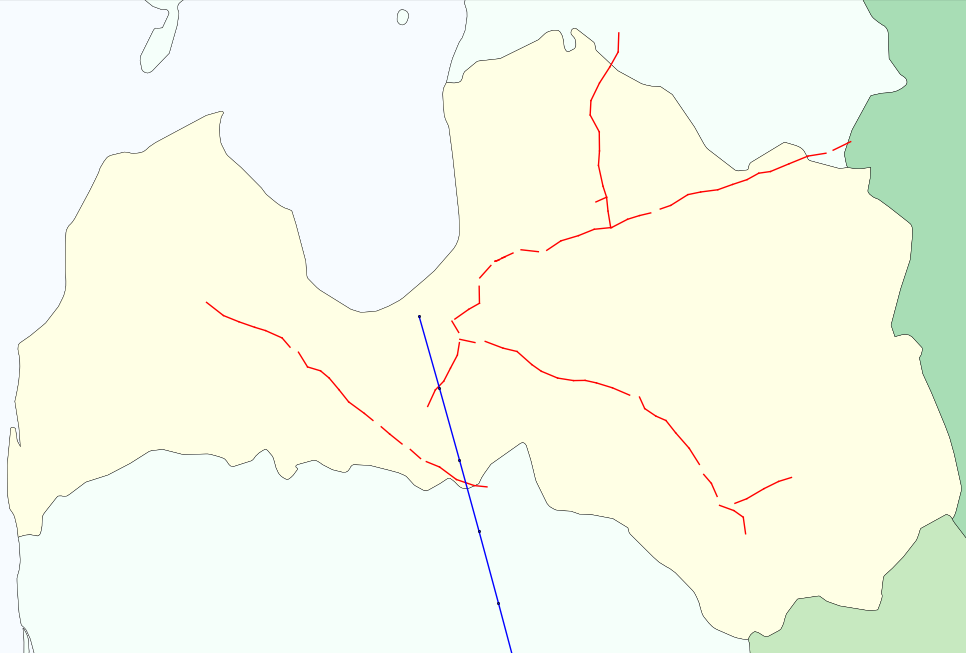 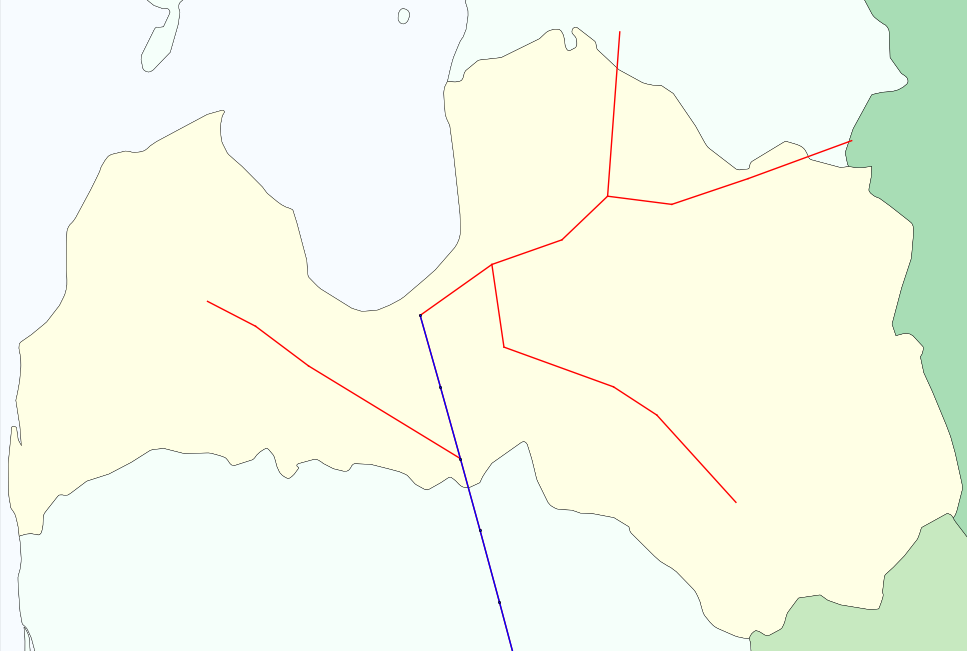